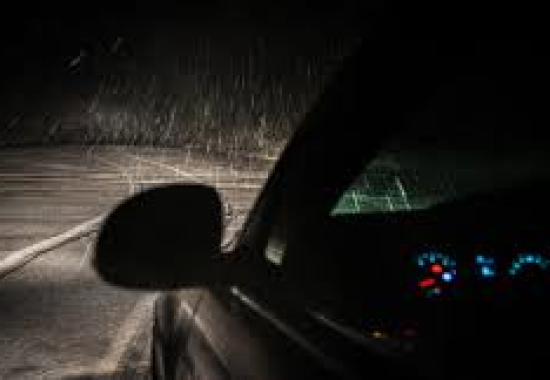 My daughter, 17 years old and autistic, was crying inconsolably last night. It’s one of the most difficult things for a parent to experience, especially when the reason for the upset isn’t readily apparent.

“What happened?” I asked.

And I knew what she meant.

Times of despair such as we as a nation are experiencing after multiple mass shootings, evolve into a collective grief that can’t readily be put into words, if ever. We are grieving, and coping with grief can be aided by, as Mr. Rogers said, looking to the helpers.

When we think of crisis, we often think of first responders, those on the scenes during tragic situations. The helpers. But help can come in many forms. Autism Connection received a note from a volunteer from the 2022 Pittsburgh Marathon about their experience. When I asked if I could use this piece, they said, “It seems so insignificant considering the magnitude of current events.”

But it is significant.

A Message from a Quiet Helper

“I’ve always thought the Marathon was a real pain in the ass, mostly because of the inconvenience it sometimes caused me. Like being stuck in traffic and rerouted around the city because the Marathon shuts down many streets for hours.

And so, when I recently found myself standing on Carson Street with a group of volunteers from Autism Connection of Pennsylvania, handing out cups of water to runners in this year’s race, I was doing something that was…well, weird for me: supporting—voluntarily! —an event that I really didn’t like.  Plus, it was pouring out. And very early in the morning. I remember thinking to myself, ‘This is going to be a very, very long day…’

Turns out it was a great day, and I experienced several moments of true gratitude. As I watched the thousands of runners pass by—some running effortlessly, many others clearly struggling—my feelings about the Marathon began to change.

There were a LOT of runners, with different body types and different abilities. Of course, there were those at the head of the pack and they seemed to fly by. But most of them were just like the rest of us—in the middle of the pack—struggling through the challenges of their day.

These were all people trying to achieve a goal that they had set.  Not all of them would, but they were trying, in the rain, just like me. And maybe, with a word of encouragement and a cup of water, I could help them reach that goal.

And any inconvenience the Marathon may have caused me in the past? Please. Compared to many people, my struggles are very minimal and I take so much for granted.

So, thank you Pittsburgh Marathon. Thank you for giving me an opportunity to get outside myself. And maybe help make somebody’s journey a little easier.

With a cup of water!

My daughter’s voice, her way of communicating her grief, came in unexpected ways. But she was able to put into words—her own words—what many of us are feeling. We may be afraid to drive, but we keep driving forward.

A Note of Thanks

Autism Connection of Pennsylvania, a lifeline and hub for the autistic community, is deeply grateful to the helpers, the first responders, and the ones who quietly move the world into a more peaceful, loving place of acceptance.

Please share:
We use cookies to ensure that we give you the best experience on our website. If you continue to use this site we will assume that you are happy with it.Ok