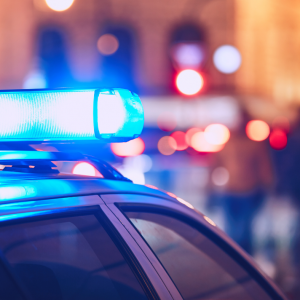 This presentation will provide information about the juvenile justice system in general and the rights of children with disabilities within that system. Parents will learn how to respond when police officers ask to interview their children and what to expect if their children are charged with a crime.

At the completion of this session, learners will be able to:

Laura McWilliams is a managing attorney in the Juvenile Division of the Allegheny County Office of the Public Defender. Laura joined the PD’s office in 2013 and has spent nearly seven years working in the Juvenile Division. Laura practices law with a focus on holistic defense and enforcing the tenets of procedural justice—that the most fair system is one in which the child’s voice is heard and he or she is fully involved in the outcome. Laura received a BFA from Wayne State University in Detroit and a J.D. from Suffolk Law School in Boston.

C. Christine Porter is the Education Attorney in the Juvenile Division of the Allegheny County Office of the Public Defender. Prior to joining the public defender’s office in February 2021, Christine practiced education law with a private firm based in Seattle, where she represented students with disabilities and their parents. She has also practiced disability and elder law with Neighborhood Legal Services in Pittsburgh and litigated employment cases with a plaintiff-side firm in Seattle. She received her M.A. and J.D. degrees from the University of Washington. Christine is a parent to two children on the autism spectrum.

This site uses Akismet to reduce spam. Learn how your comment data is processed.